Recently I shared why my child refused to wear his Cochlear Implant processors. Unfortunately, the recommendation from others, including hearing health professionals, was just do your best to keep your child’s processor on. 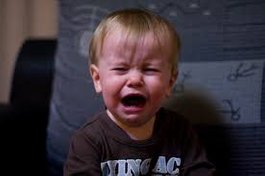 Forcing a child to wear a cochlear implant that they clearly don’t want to wear is not the correct approach. Refusing to wear CI sound processor(s) is generally a symptom of a problem that a child can’t necessarily express. Their behavior becomes the only way to communicate the issue.

Pediatric Audiologist Joan Hewitt, Au.D., who specializes in cochlear implants says, “Our brains crave hearing.  Children should want to have their CIs on all the time.  If a child resists putting the CIs on in the morning, cries or winces when they are put on, or fails to replace the headpiece when it falls off, there is a strong possibility that the CIs are providing too much stimulation.   Some children appear shy or withdrawn because the stimulation is so great that interacting is painful. Others respond to over stimulation by being loud and aggressive.”

In the article, "Overstimulation in Children with Cochlear Implants," Berger et al (2011) found symptoms which indicated children were overstimulated by their cochlear implants. They included: reluctance or refusal to wear the device, overly loud voices, poor articulation, short attention span or agitated behavior, and no improvement in symptoms despite appropriate therapy. When the researchers reduced the stimulation levels, they found very rapid improvement in voice quality and vocal loudness and gradual improvement in articulation.  Finally, they found "surprising effects on the children's behavior" such that the parents reported a marked improvement in attention and reduction in agitation.

If you find that your child is refusing to wear their cochlear implants, an overstimulating map could be the problem.  You should discuss the issue in detail with your child’s audiologist.

Jennifer Mertes, AuD, CCC-A, and Jill Chinnici, MA, CCC-A wrote in their article,“Cochlear Implants — Considerations in Programming for the Pediatric Population,” (2006) AudiologyOnline, that children are not little adults. To address their CI needs, they require an experienced clinician. Most children are unable to provide accurate feedback while the audiologist programs their cochlear implant and therefore, the clinician must take many things into account:

The audiologist's past experiences with other patients

Updated information regarding the child's progress (from parents, therapists and teachers)

Observations of the child during programming

If age appropriate, the clinician will train the child to participate in programming (Conditioned Play Audiometry (CPA), loudness growth task.

Many of the decisions made during programming appointments come from the clinician's knowledge and experience, rather than the child's behavioral responses.

If your child continues to refuse to wear their processors after a remapping, take into consideration your audiologist’s experience and mapping approach and seek a second opinion.

When we sought out a second opinion with a new audiologist who specializes in pediatrics, she found our child’s map was overstimulating. Once she remapped our son's cochlear implants using a different approach, he didn't have a problem wearing his processors again.